A summary of findings presented by the Group to the Governor’s Task Force on Alzheimer’s Disease and Related Senile Dementia follows:

Data is limited on the incidence and degree of harm caused by resident aggression. Indiana may wish to participate in more detailed studies if they are undertaken and funded by the federal government or private sources.

The problem of aggressive behavior concerns not only family members of victims, but also family members caring for aggressive loved ones, direct care staff, and administrators subject to liability and occupational health and safety (OSHA) issues.

Moreover, while the Working Group initially focused on aggressive behavior among nursing home residents with Alzheimer’s disease and other forms of dementia — as charged — it eventually recognized that aggressive behavior is a problem among a larger pool of nursing home residents, including residents with mental illness, co-occurring mental illness and dementia, physical health problems such as urinary tract infections, pain, and a history of violent or criminal behavior.

Indeed the aggressive Evansville nursing home resident that prompted this study had a violent criminal history as well as alcohol-related dementia.

Consequently when estimating the scope of the problem, the Working Group included information on behaviors as well as diagnoses of dementia. Demographic trends imply that these problems will grow over time as the Indiana population ages. Dementia is more prevalent with age.

The Indiana State Department of Health (ISDH) conducts annual surveys of the 600+ Indiana long-term care facilities and investigates complaints from the public. ISDH reports that:

Studies in other states indicate that an even smaller portion actually cause harm to others.

Studies indicate that aggressive behavior is associated with a variety of factors, including but not limited to dementia:

Factors related to residents include:

Factors related to facilities and the overall delivery system include:

Although several states have implemented models that could be considered in Indiana, generally resident aggression has not been studied in depth or addressed systematically throughout the U.S. National advisors indicated that Indiana may be in the forefront in tackling this issue.

Many of the factors contributing to aggressive behavior can be addressed in order to prevent and minimize aggression. The Indiana Working Group recommends strategies including the following:

The most critical requirements for bathing any individual with disabilities are SAFETY, bathing effectiveness and ease. Fawssit provides all of those requirements.

A lot of people have no idea about the difference between an optometrist and an ophthalmologist.

These two terms both refer to medical professionals who specialize in eye health but these two are very different. It has been a common mistake for people to find themselves in the wrong office because of the lack of knowledge between the two.

There are a number of people who just go to any one of the two because they think that there is only one type of eye doctor and this is where they are wrong. Optometrists and ophthalmologists have different functions and everyone should know the difference.

An optometrist is an eye doctor that specializes in vision.  An optometrist finished the study of optometry that studies everything that deals with vision. These doctors are the doctors that a person should look for when a person wants to correct his or her vision.

Anything that is vision related that does not require surgery can be done by an optometrist. Optometrists can prescribe contact lenses and glasses with a certain grade to help a person have better eyesight, including weekly contact lenses. 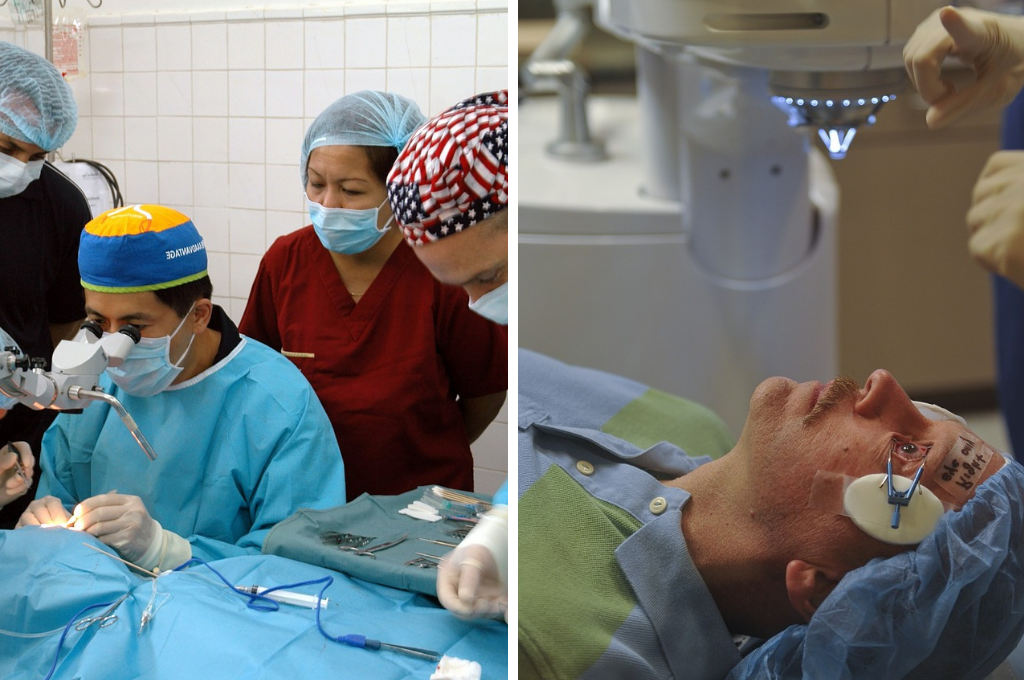 Ophthalmologists are doctors of medicine who studied about a person’s eyes as a specialty. This branch of medicine is called ophthalmology and the doctors who finish this specialty are allowed to diagnose eye diseases and they are even allowed to perform surgery if the extent of the eye damage or disease requires surgery.

However, ophthalmologists can also prescribe prescription eyewear. To protect the eyes from further damage, they often prescribe disposable contact lenses with UV protection.

But both doctors normally work together to make sure that the laser surgery goes perfectly.